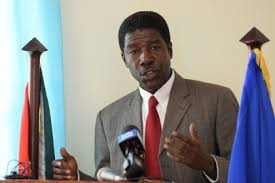 Colleagues of the Diplomatic Corps,

Other dignitaries of the Government,

Colleagues of IICA and other International Organizations,

It is always a delight to be part of the activities marking the month of Agriculture, including IICA Day. Last year, Minister Holder, Wilmot and I planted three trees on the occasion. We forgot that somebody might have taken a liking for ministerial and diplomatic trees. A few days later, they were gone. Now Minister Holder, the only memorable thing on this compound bearing your signature may still be the report on the Intermediate Savannah you penned over a couple of decades ago as an expert supporting the Organization of American States. So we watch it even more closely.

I like that the OAS Office and the IICA Office share the same building in Guyana, symbolizing their membership to the Inter-American family. To show how the OAS is close to the citizens of the Americas, often I refer to the work of the whole family, including the Pan-American Health Organization and the Inter-American Development Bank.

This year, we are celebrating IICA Day and the month of agriculture with mixed feelings. We rejoice that the first ever trade of mankind still sustains over 7 billion of us all over the world. At the same time, we remain pensive in the face of some challenges such as the effects of climate change and natural disasters. Also, the Caribbean, in particular Guyana, is yet to step up its competitive edge, as far as agricultural products are concerned.

The day before yesterday, Stabroek News’ editorial addressed Minister Holder’s comment that the snack food import bill for Guyana is over 10 billion dollars. And we are talking about the breadbasket of the Caribbean. Beating well established producers in developed countries may come across as a daunting task, but there is hope. And I am giving you at least two reasons for hoping:

The first reason is the amazing results I have seen from a good dose of technical support.

I spoke with Christina Jones of Osororo, Region One. She told me that her business of producing coca sticks and cassava bread has soared thanks to IICA’s support. Her products have gained in quality and marketability.

The experience of Rose and Christina shows that with proper training, coaching or mentoring, agro-processors can go a long way. Now if, in addition to that, we help them with effective marketing on key markets, Guyana can significantly bring down the amount of the food import bill.

The second reason is that we can use proper technology to mitigate the effects of climate change on productivity and resilience. I am glad that IICA showcases some affordable hydroponics models for large scale farming and backyard gardening. With a creative and diligent approach, the countries in our region may make a dent in the armor of big multinational businesses.

In closing, let me salute the quality of our cooperation and your engagement in the agricultural sector. With vision, creativity and hard work, we can secure a good niche for our region in the world.

Thank you and God bless you!

keep up to date

Do You Want To Inspire your team?

drop us a line and keep in touch 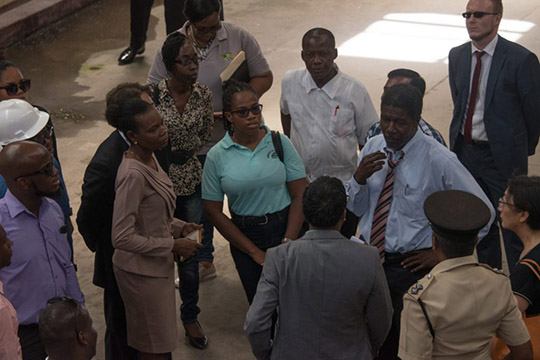